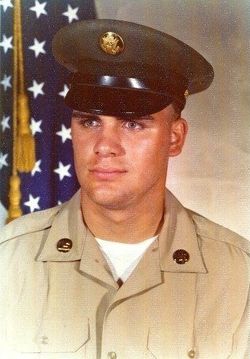 Thomas Marshall Hudson, was born to George and Lelia Hudson on August 5, 1956 and sent to his heavenly father on August 13, 2017 at sixty-one years of age.

Thomas was an avid fisherman, and outdoorsman, who taught his children survival skills. He was a former CB radio operator and gave all of his children CB names. He liked to tend beehives that he built and he brought them home all the way from California to Michigan as a surprise to his parents.

Thomas was a member of Immaculate Heart of Mary Catholic Church. He professed his faith in the church at a young age when he married the mother of his children Mary (David) Ogden.

Thomas loved all of the members of his family. He believed in forgiveness and loved to say his rosary. He wanted to see everyone in his life happy and loved to make jokes.

Thomas was viewed as a super hero by his children whom he protected with his life. He was an extremely strong soldier whom could pick up the front end of a car with only one hand. He believed in protecting women and was proud of family values.

A special thanks to be given to his in home care giver, Hospice of West Michigan, University of Michigan Hospital, Spectrum Butterworth Hospital, Saint Mary’s Hospital, and special military friend Big Daddy. Mass of Christian Burial will be held Saturday, September 2, 11:00 a.m. at Immaculate Heart of Mary Catholic Church, 1935 Plymouth Ave. S.E., Grand Rapids. The family will meet with friends and relatives one hour prior to the service at the church. Rev. Troy Nevins presiding. Interment Ft. Custer National Cemetery.