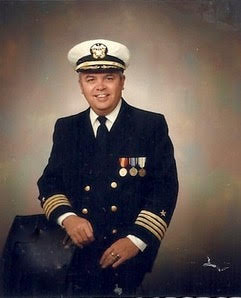 Memorial contributions may be made to:

Thomas Patrick Murray, Sr., age 79, was loved and cherished by all those fortunate to know him. He was a sincere and gentle soul who devoted his entire life to his beloved bride, Gerrie, and treasured children and grandchildren. Tom died Friday evening November 2, 2018, All Souls Day, at home surrounded by love and prayers of his family and friends from all over the world.  Tom was a native of Lorain, OH, born the fifth child of eight to Peter and Beatrice (Coyne) Murray on March 6, 1939. Tom and Gerrie were married December 27, 1962, at St. Columba Church, Johnstown, PA. He was preceded in death by his parents, his sister, Mary Conrad; brothers, John Murray and Jim and Mary Murray; and in-laws, John (Jack) and Helen (Kennedy) Kiniry.  He is survived by his loving wife, Gerrieann (Kiniry); children, Colleen and Tom Boland, Thomas Jr. and Diane Murray, Tricia and Brian Donovan, and Erin and David Chekal; grandchildren, Lt. Kate and Sam Boland, Thomas III and Harry Murray, Patrick, John, Meghan and Molly Donovan, Peter, Danny, and Jack and Beatrice Chekal; his brothers and spouses, Peter and Evelyn Murray, Fr. Cornelius Murray, Mike and Mimi Murray, Dan and Mary Beth Murray; his sister-in-law, Jane Murray;  brothers-in-law, Charles Conrad and Patrick and Susan Kiniry; as well as many nieces, nephews and cousins. Tom was a 1957 graduate of St. Mary’s High School, Lorain, OH, and a 1961 graduate of Benedictine University, formerly known as St. Procopius College, Lisle, IL. He served our nation, retiring as a Navy Captain in 1989 after five years of active duty and 23 years in the reserves. His greatest honor in the Navy was being recalled to active duty to debrief the Vietnam POWs and welcome home Commander Dave Wheat. He enjoyed a long career at General Motors in Education and Training and retired in 1992. His favorite retirement jobs included being Santa Claus at Woodland Mall for 18 years and in many homes for family parties. He treasured his nine years driving the Forest Hills School Bus and loved driving his grandchildren and all their friends to and from school.  Tom was a member of St. Robert of Newminster Parish for over 40 years where he was a lector, usher and bereavement minister.  He and Gerrie were on the Pre Cana team for many years. He was often found at one of his kids or grandkids activities or sporting events.  His family was his true wealth: he was rich beyond measure. He loved family gatherings for any and all occasions and welcomed friends with the same warmth and fondness he showed his family. Many remember spending Christmas Eve at the Murray open house.  He was a man who held his Irish heritage dear. But it is his dedication to family for which he will be remembered most. A loving, fearless leader of the Murray clan, he commanded the utmost respect from his kids and made parenting look easy. His family is blessed to have had such a strong and amazing man for a husband, father and Pop – one whose joy for life made every encounter meaningful and unforgettable. His quick wit, and clever sayings will be remembered by so many… “Be good to yourself, because you’re important.” Tom’s family would like to thank all the staff at Spectrum Hospital, Spectrum Health Nursing and Rehabilitation and Emmanuel Hospice. The Murray family will welcome friends at O’Brien-Eggebeen-Gerst Chapel on Tuesday, November 6 from 2-4 PM and 6-8 PM with a Rosary at 7 PM.  A Mass of Christian burial will be held on Wednesday, November 7 at 4:30 PM with visitation from 3-4:30 PM at St. Robert of Newminster Parish, 6477 Ada Dr SE, Ada, MI 49301. Rev. Colin Mulhall celebrant. Interment at Cascade Cemetery. In lieu of flowers, memorial contributions may be made in Tom’s name to the Franciscan Life Process Center Kitchen Fund, 11650 Downes St NE, Lowell, MI 49331.