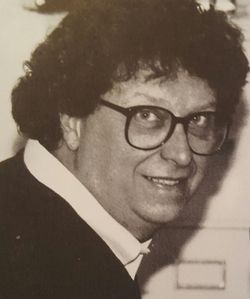 Tim Roek, 68 years old of Alto, Michigan lost his battle with cancer this week. He survived many health challenges in his life, including Ehlers-Danlos syndrome, a kidney transplant, and so much more. He overcame so much his loved ones began to think he was invincible, but even Tim had his limits. He had his humor until the end, and the world is a darker place without him.

Tim was a teacher in the Forest Hills School district for 30  years, and his humor, intelligence, and generosity brought so much to so many students, teachers, and faculty alike. He has donated to many charities close to his heart throughout his life, and even in death has left almost all he had to help others, including starting a scholarship fund for minority youth in the Forest Hills School District.  He loved nature, and has left behind many birds, squirrels, and deer that will sorely miss his daily feedings.

Visitation will be on Saturday, May 21 at 10:00am at Faith Hospice at Trillium Woods, 8214 Pfeiffer Farms Dr. SW Byron Center, and funeral service to follow at 11:00am. We ask that in lieu of flowers memorial donations be made to the Tim Roek Scholarship fund, c/o the Forest Hills Education Foundation, 600 Forest Hills Ave. SE, Grand Rapids MI 49546 or www.fh