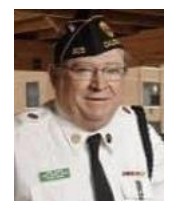 Burri, Michael William, age 71, formerly of Caledonia MI, recently from Baldwin MI and Ocala, FL, passed away on Wednesday, March 16, 2022, after a very brief, but valiant battle with cancer. He joins his mother (Delores Chatman Burri) and Father (William Burri), as well as his special grandparents, Helen and Clyde Chatman, and special nephew Eric Burri who all preceded him in death. Mike leaves to celebrate his life, his wife and best friend of 52 years, Deb (Deborah Debrie Burri), the apple of his eye, his daughter Jennifer Lynn Burri (Manda Garcia), his sons who he cherished, Christopher Burri (William Harrison), and Timothy Burri (Clayton Burri). Mike was blessed with two beautiful granddaughters, Ava Jane Harrison Burri, and Kennedy Lynn Burri who loved their Grampy and Papa so much. Mike also leaves to mourn his passing his mother-in Law, Ruth Debrie, his sister, Cathy Kapugia (Frank), brothers, John (Joanne) Burri, Jim (Cindy) Burri, Tom (Barb) Burri, Randy (An)Burri, and Scott Burri. Looking for him every day is his precious dog, Maisie. Mike leaves several brothers and sisters-in-law, aunts and uncles, cousins, nieces and nephews, and cherished friends. He was a lucky man. Mike had many good friends throughout his years as a residential builder and custom cabinet maker, fly-fisherman, golfer, and private pilot. He was a proud Army Veteran who served during the Vietnam Era. He was very proud of his involvement with the numerous Veterans Organizations in Kent County and throughout West Michigan. He served as Commander of the Kent County Veterans Honor Guard and was Kent County Veteran of the Year. He held many fundraisers to support the Veterans at the Grand Rapids Home for Veterans. According to Mike’s wishes, cremation has taken place. The family would like to receive friends and relatives 1-2pm Sunday, July 10, 2022, at O’Brien-Eggebeen-Gerst Chapel, 3980 Cascade Rd. SE, Grand Rapids, MI 49546 with Celebration of Life at 2pm. A private family interment with military honors will take place at Fort Custer National Cemetery. The family wishes any memorial contributions would be made to Hospice of Marion County, Ocala Fl., or to St. Jude’s Children’s Hospital.