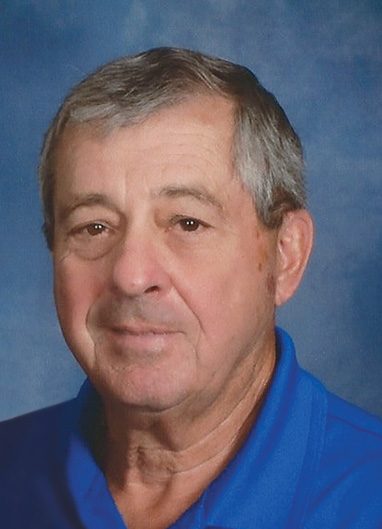 On January 22, 2021 Bill Zoller passed away peacefully with his family by his side at Sacred Heart Hospital in Pensacola FL as the result of a massive hemorrhagic stroke. A member of the Hole in One Club, Bill was doing what he loved- playing golf on his favorite winter course, The Links, at Sandestin in Miramar Beach FL.

Born on February 29, 1944 he enjoyed his distinction as a Leap Year baby celebrating his 19th birthday last year. Bill was born in Saginaw MI the son of Eugene and Verda Ashby Zoller and grew up in Auburn MI. Bill, and brothers, Jim and Don, were brought up by their parents as a Catholic family of faith and service which he instilled in his own children and grandchildren. He served as an altar boy at St. Joseph Parish and graduated from St. Joseph High School in Bay City as Salutatorian of the Class of 1962. As a very young man, Bill was a member of the Auburn Accordion Marching Band, the highlight of which was marching on Soldier Field in Chicago IL. He was athletic, playing baseball and basketball throughout his high school years. An ambitious young man, Bill delivered The Bay City Times and used his money to enjoy daily ice cream cones and bubble gum. In 1956, he chewed through enough gum to collect every baseball card for both the American and National Leagues (and life-long dental work)!

While attending Aquinas College, Bill met his future wife, Carole Lynn Engel, also an AQ student. Graduating in 1966 with a BA in History and MI Teaching Certification, he began his career at Kelloggsville Public Schools as a student teacher. After seven years teaching fifth and sixth grades and earning his Master’s Degree at Michigan State University, Bill accepted the newly established position of Community Education Director, overseeing PreSchool, Adult Education High School Completion and Senior Citizen activities. He went on to become Kelloggsville Assistant Superintendent, then their Superintendent of Schools, and retired in 2000.

Bill and Carole were married at Immaculate Heart of Mary Catholic Church on June 10, 1967 and celebrated their 50th Anniversary with family and friends in 2017. Bill was a member of IHM parish, on the IHM Golf League (with golf partner son Greg for 30 years), and a Men’s Club member for 55 years. He was a member of the Elks, Michigan Association of School Superintendents (MASA), and Michigan Association of Retired School Personnel (MARSP).

Bill enjoyed spending time with his brothers, especially hunting and carousing at Stone Cabin. The three brothers held the annual Zoller Open at various golf courses in MI and WI for 48 years, with Bill winning the trophy more than his two brothers combined. As a retiree, Bill enjoyed Wednesday morning golf with a group of West Michigan/Kent County Superintendents traveling to various courses each week. A low par golfer, he was always excited to share how many ‘skins’ he won. Bill and Carole spent their winters in Santa Rosa Beach FL, where Bill enjoyed daily walks on the beach, playing 31 and euchre poolside, and countless rounds of golf.

The family would like to thank the emergency medical team at Sacred Heart Hospital in Miramar Beach FL, the Walton County EMTs who transported Bill to both hospitals, and the ICU Neuro team of Sacred Heart Hospital in Pensacola FL (especially James, RN) for their kindness and caring. A special thank you to dear friends, Phil and Eddi Crouse, for their support especially during this difficult time.