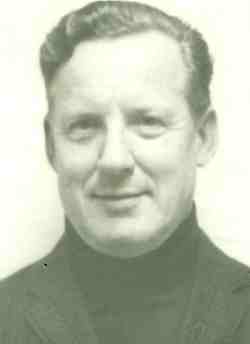 KORNETS – Zigfrids “Ziggy” Kornets, age 90, of Grand Rapids, died on Saturday, March 5, 2016 after a short battle with cancer.  He was preceded in death by his wife, Rasma (Pavasars, 2011).  He is survived by his 2 daughters, Ligita Kornets, and Ingrida (Jeffrey) Cebelak; one grandchild, Wm. Grady Cebelak; and stepdaughter, Indra Oprea.  Ziggy was born in Riga, Latvia August 31, 1925.  In 1941, during WWII, as Germany began it’s invasion and occupation of Latvia Ziggy and all of his classmates became immediate inmates of the German Army, or were immediately executed if they resisted.  After the war ended Ziggy along with many other Baltic nations nationals found themselves in DP (displaced person) camps, looking for sponsors with the aid of the American Red Cross, to start a new life here in the United States of America.  In 1945 Ziggy immigrated into the United States through New York and was to be a chauffer for a wealthy family.  When his sponsor failed to show up at the train station Ziggy was reassigned to another sponsor, which led his travels to Lowell, MI working for a farmer.  Over time Ziggy relocated to Grand Rapids where a rather large group of Latvian immigrants were working.  He eventually became a furniture maker by trade and worked for various furniture manufacturers.  He became a naturalized citizen on April 17, 1972.  Ziggy taught himself the English language, but never learned to write it.  He managed to conceal this by having an excellent memory when receiving instructions for a project, but then secretly wrote them down in Latvian for later reference and eventually destroyed his foreign language notes when the project was complete.  He had a strong work ethic and always believed that “good enough was not enough, it had to be the best.”  Ziggy also took immense pride in the fact that he never collected a single day of unemployment benefits.  With his hard work he built a home west of Standale and a cottage on Miner Lake in Allegan County.  In 1977 he applied for a job in the maintenance department at Grand Valley State College, which was only a 3 building campus at the time.  Over the next 18 years he watched the small liberal arts college grow to become a regional university under the leadership of Arend D. Lubbers tenure as President.  Ziggy retired from GVSU in 1995 at the age of 70, when he sold the cottage and purchase a second home in Marco Island, FLA, which he called his “paradise,” where he would spend the winters.  Ziggy was very active in the Grand Rapids Latvian Theatrical Group, which traveled to neighboring cities and states to share their performances with other Latvians.  He loved to fish and entertain his friends at the cottage in Allegan.  He also loved to water ski and snow ski and made sure his 2 daughters learned the same skills. His favorite things included:  Heineken beer, his famous sauerkraut casserole, Havarti dill cheese, Latvian bread, pirags and piparkukas, as well as watching Judge Judy on TV, and playing his favorite card game “13.”   Ziggy was also a prolific gardener and loved to share his crop of tomatoes and zucchinis with everyone.  Watching the pelicans and dolphins play in the Marco River, as well as sunsets on the Gulf and his mile long walks were his daily rituals in Florida.  He also loved watching the deer march through his backyard in Michigan and even the sparrows playing in the fresh fallen snow outside his Blodgett Hospital room.  Ziggy loved life!  A sincere thank you goes out to ALL of Ziggy’s wonderful friends down at Ville De Marco in Florida.  They were all like a second family to him when he was away from Michigan.  Also, a sincere thanks to Ziggy’s friend for 60 years, Art K., who visited him at Blodgett and Faith Hospice sharing memories and photos during his final weeks and days.  Thanks also to Michigan neighbor Marc S. for keeping a watchful eye on Ziggy when he was home and gone.  Thank you to Blodgett Hospital and the expertise of the specialists, doctors and staff on 1E, who finally provided us some answers that were eluding us in Florida.  And lastly a heartfelt sincere thank you to Dr. “Fitz.” and the wonderful compassionate staff for the support and dignity provided to Ziggy in his last weeks and days at Faith Hospice, Trillium Woods.  There will be a private family interment at the Latvian Memorial Park Cemetery in the Catskill Mountains of New York, where Ziggy will be joining his wife.  If so inclined, memorial contributions can be made in Ziggy’s memory to Faith Hospice.  Please send to:  Faith Hospice, Development Department, 2100 Raybrook S.E., Suite 300, Grand Rapids, MI 49546.