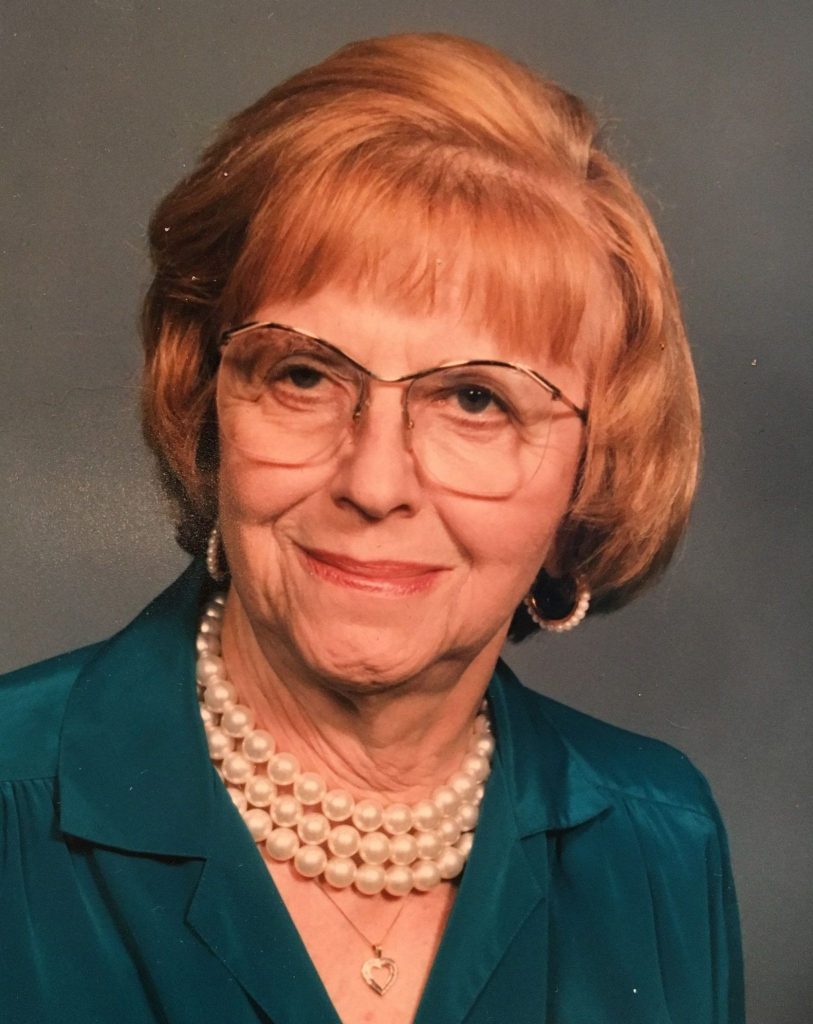 Marguerite (Mann) Zolnierek, 97, passed away peacefully February 2, 2019 at Clark Assisted Care Facility in Grand Rapids, MI. She lived in Alpena from 1941 until 2009. She then moved to Traverse City and Grand Rapids, MI to live closer to family members who cared for her through her progressive memory loss from dementia. During this time, she continued to tell jokes to others, kept her beautiful smile, and remained the gentle soul she had been throughout her life.

Marguerite was born August 14, 1921, in Rogers City, MI. She proudly graduated early at the age of 16 from Rogers City High School. She loved music and was an organist at St. Ignatius Church. On May 11, 1941, she married Thomas J. Zolnierek (of Alpena and Mike’s Hardware) at St. Ignatius Catholic Church in Rogers City, MI.  They then made their home in Alpena where they raised their five daughters Gail, Pam, Joan, Janet and Peggy. Marguerite and Tom were married for 45 years. For several years, Marguerite worked as a secretary at Fisher Body Company in Detroit, then at Huron Portland Cement Company in Alpena for over 20 years before retiring in 1985.

Marguerite was a member of St. Anne Catholic Church and Ladies Society, Alpena Golf Club, and the Elks Lodge. For many years, she volunteered at Alpena General Hospital. She was an avid card player, golfer and especially enjoyed reading.  After her husband died in 1991, Marguerite spent 15 winters as a snowbird in Kissimmee, FL with Alpena friends and family.

Her greatest joy came from spending time with her friends and family. She treasured many family reunions, especially the summer reunions at Fireside Inn on Grand Lake in Presque Isle, MI.

Honoring Marguerite’s wishes, she was cremated in Grand Rapids, MI. A funeral mass will be held in Alpena, MI at St. Ann Catholic Church on Monday, July 29, 2019 at 11 a.m. with visitation one hour prior to mass at St. Anne Church Parish Center. Immediately following the funeral mass, there will be a graveside burial service at Holy Cross Cemetery, 1300 W. Washington Ave., Alpena.  After the graveside service friends and family are invited to join Marguerite’s family for lunch at the St. Anne Church Parish Center which will start at around 1 p.m.

Memorial contributions in Marguerite’s name may be directed to St. Anne Catholic Church, 817 Sable St., Alpena, MI or to a charity of your choice.