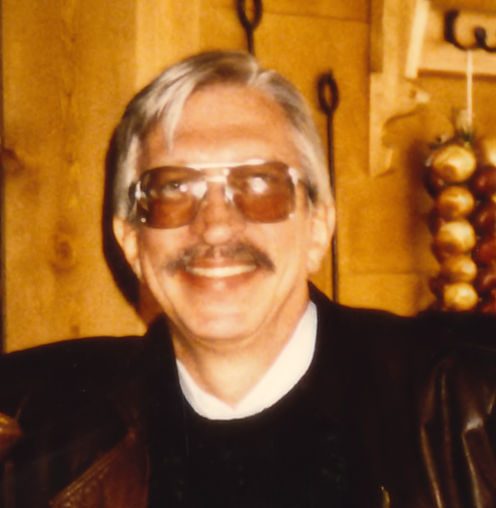 May Be Made To

The Humane Society of West Michigan

Allan (Al) Joseph Tolle Jr., age 79 of Ada, MI passed away unexpectedly Sunday, March 28, 2021 after a short but hard-fought illness. Al died with his beloved wife Pat and his loving family by his side. Al was preceded in death by his parents, Allan Sr & Dorothy (Dennis) Tolle; in-laws, William & Verna Swank; and great-grandchildren, Abbigail and Ziva Merritt. Al is survived by his loving wife of 47 years, Patricia (Swank) Tolle; children, Allan J Tolle III, Timothy “Timmie” Tolle, Dorothy Tolle-Ramos (Sam); grandchildren, Kristen Merritt, Samuel Ramos III (Fallon), Jillian Rose Ramos, Allan “AJ” IV & Allana Tolle.; great-grandchildren, Samuel IV “SJ” & Tesla Lynn-Rose Ramos; sister-in-law, Susan Swank Davis (William Anderson); niece and nephew, Charlotte Raisig & George Davis; brother-in-law, Christian Davis. Born in Rocky River, Ohio on November 18, 1941, Al and his parents lived in Manitowoc, WI, San Diego, CA, and Grand Rapids before settling in Fremont, MI. After graduating from Fremont High School, Al worked for Gerber for several years, then moved to Lowell and began his career at Amway Corporation in Ada. Al and Pat attended Grand Valley State University, graduating in 1974. While at Amway, Al worked with many wonderful and talented people. He was a Certified Quality Engineer and became Manager of Field Services/International Quality Assurance. His 35-year career took him to many countries (his favorite was Japan). Al was a true lover of adventure & fun! He and Pat showed Morgan horses together. He was a member of the local Furrin Group car club – going ice racing on Turk Lake, driving in local car rallies, and volunteering at Grattan Raceway. As a member of SCCA (Sports Car Club of America) Al ran rallies and races throughout the United States. From 1985 until 2012, he and Pat were proud to be on the staff of the “Great Race” – a coast to coast event featuring vintage & classic cars driving on scenic back roads across America. Each year was a chance to visit wonderful cities and meet amazing people. It was a blessing to be part of the Great Race family. Al and Pat had many adventures overseas together – visiting Europe, Asia, South America, and South Africa. When asked which country was his favorite, Al always answered “USA of course”! A favorite trip was driving their 1979 Datsun 280ZXR from Chicago to LA on Route 66 – staying in mom & pop motels, eating in local diners, and meeting people. Dogs and cats were always in the Tolle house – sometimes Al & Pat adopted them, but often they just showed up at the Tolle doorstep. When the weather was warm, Al, Pat & the pets would sit outside, watch the sun set & count the bats that emerged from the eves of the barn. As a teen one of Al’s biggest and proudest achievements was becoming an Eagle Scout and going to Philmont Scout Ranch. As an adult he & Pat took a side trip to Philmont when they drove Route 66. Al loved music (especially the Eagles & ZZ Top), going to concerts & performances at Grand Rapids Civic Theater. He was an avid reader (especially history).  He especially loved Civil War history. He also loved fishing which took him on many trips with close friends up to Canada. Al will be dearly missed by many friends, family that loved him, his loving wife and most especially his beloved dog Molly. The family will have a private graveside service in Ohio. A Celebration of Life will be held at a later date – friends will be notified. A special thank you to the many doctors, nurses, and staff of Spectrum – Butterworth for the amazing care they provided Al. The family would also like to thank Faith Hospice & Trillium Woods. The family asks that friends consider a gift to The Humane Society of West Michigan, 3077 Wilson NW Grand Rapids, MI 49534, Crash’s Landing, 1545 Diamond Ave NE, Grand Rapids, MI 49505 or Grand Rapids Civic Theater, 30 N. Division Ave. Grand Rapids, MI 49503.