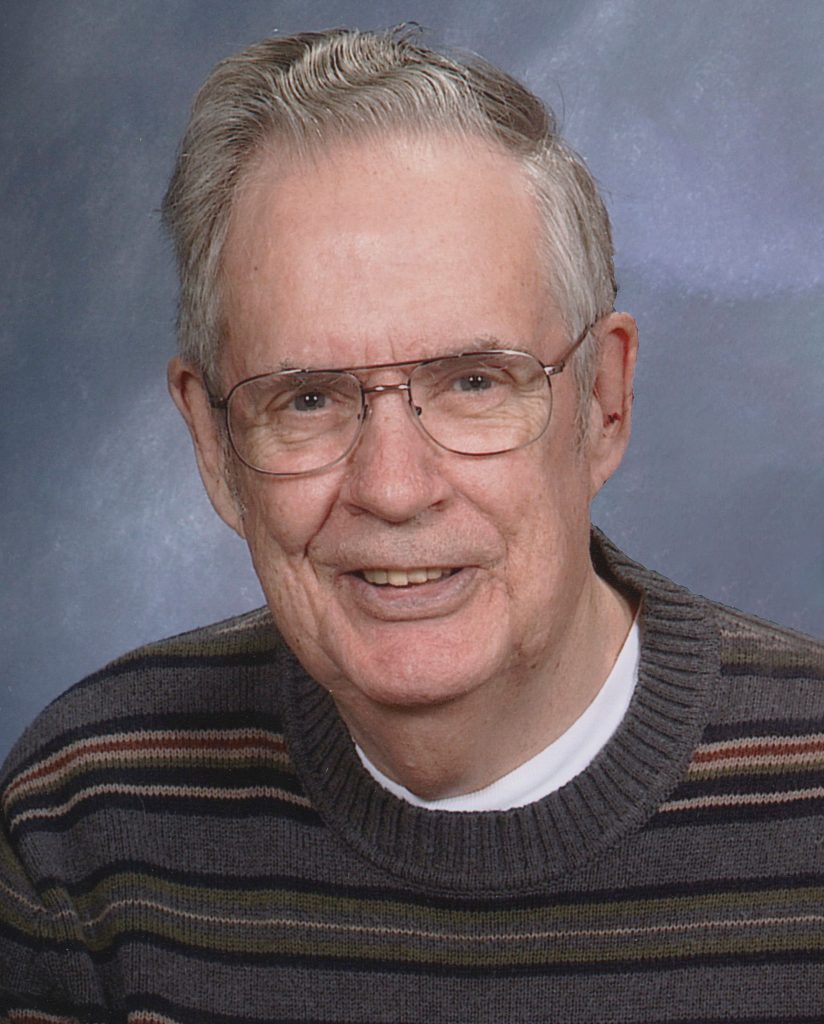 Allen (Al) Mulder passed away on January 5, 2023. Born on October 29, 1935, at home in Wyoming Park, Michigan, Al was the oldest son of John and Mamie Mulder. He attended school in Wyoming Park and maintained close relationships with several of his school friends throughout his life, including close friends Don and Linda Hamilton. Al spent most his career working as a Millwright for General Motors, Diesel Equipment Division, in Wyoming Park. Al joined GM in 1953 at the age of 18, working on the assembly line. Shortly after joining GM Al met and was smitten by Annie Laurie Hubbard, a nurse in training from Howard City, Michigan. In 1955 Al took a two year leave of absence from GM and joined the Army. After basic training he spent his time in the Army as a clerk-typist at Fort Lewis, Tacoma, Washington. During a brief leave Al and Annie married on January 18, 1956 – a marriage that lasted 66 years until Annie’s death in May 2022 — and Annie joined Al in Washington.

At the end of his service for Uncle Sam Al and Annie moved back to Michigan to be closer to family. Al rejoined GM and began an apprenticeship program to become a Millwright. As a Millwright Al was responsible for keeping the machinery in the plant operating smoothly. It was hard work, often under difficult conditions, particularly when he spent the day in “heat treat”. Following his retirement from General Motors in 1987, Al drove for several years for Wittenbach auto dealership in Lowell. Al always provided for his family and we never lacked food, shelter, and medical care, or love and attention. While Al did not attend college, there was an unspoken expectation his sons would. Al took pride in having all four sons graduate from college and receive advance degrees in a variety of fields. Al also was appreciative his sons married four wonderful daughters-in-law, who quickly surpassed the sons as Al’s favorites.

Al was a faithful attendee of Wyoming Park High School’s yearly alumni reunions. During his childhood Al became a devout, though often frustrated, fan of the Detroit Tigers, Lions, Pistons, and Red Wings. Radio broadcasts of late night Tiger games often echoed through the household on warm summer nights. His favorite player was, of course, Al Kaline, a standout right fielder for the Tigers. Al also was old enough to remember when the Lions actually won championships. Al was a long-time member of the Lowell United Methodist Church, having been raised in the Wyoming Park Evangelical United Brethren Church. Al served as an Usher and collector of Sunday School offerings when he wasn’t hiding out under the stairs comparing notes with the Bieri brothers. He often exhibited his Christianity in subtle ways, such as giving a freezer, welding equipment, and his work tools to those who needed but could not afford them.

Al loved sports and games. He was a skilled bowler with a high game of 266 and a high series of 667. Al taught his family to love card and board games and was a skilled card player, especially at Euchre, Cribbage, and Pinochle. He spent his lunch time at Diesel playing cribbage with a regular group of co-workers. His sons, grandchildren, and great-grandchilden carry on Al’s game playing tradition, with lengthy battles being a highlight of family get-togethers. Vacations also were a fixture of family life. Every summer brought new adventures, including an epic four week journey out west that included a drive along the Pacific coast from San Francisco to Mt. Rainer in Washington. We also managed to squeeze in a Christmas vacation at Disney World. Al served as a Boy Scout leader in Troop 102, including serving with his two oldest sons as part of the Governor’s Honor Guard on Mackinac Island, and as a little league baseball coach.