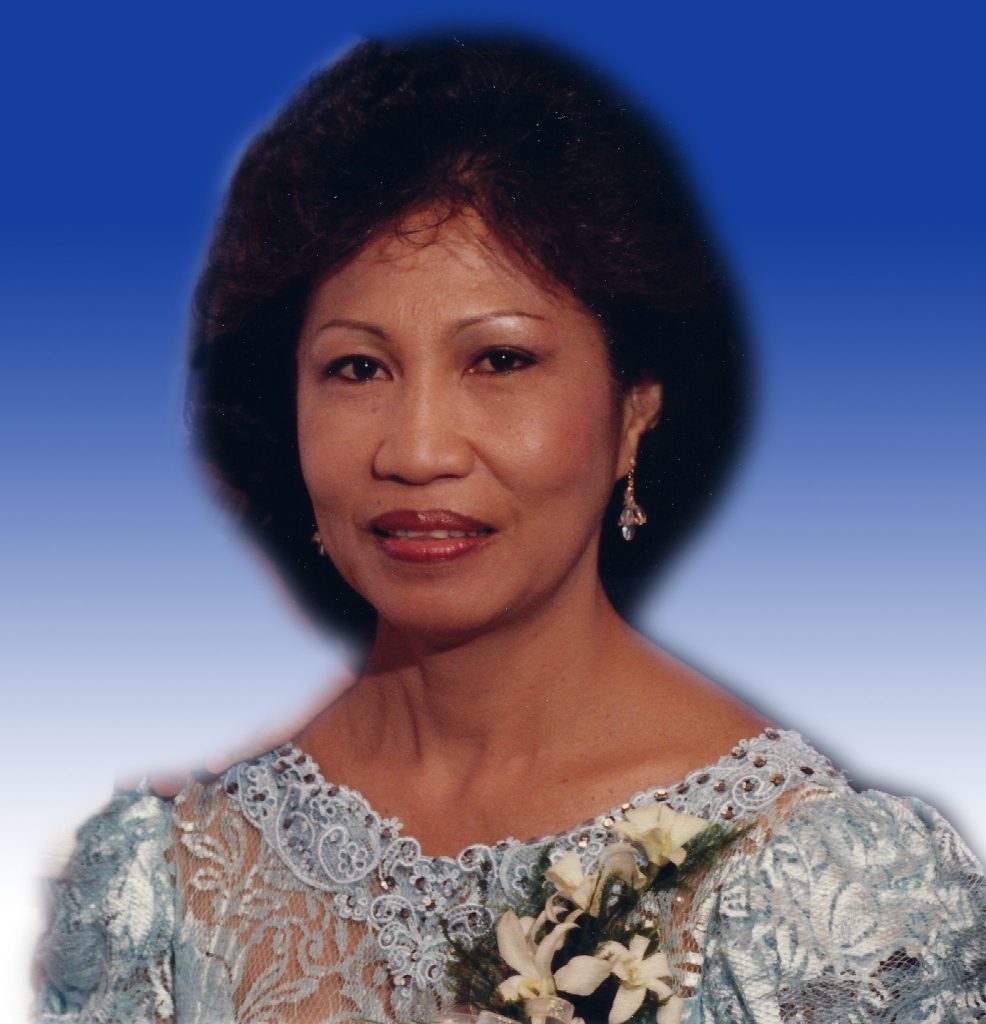 Catalina Javier Ramos (Lina) went home to be with the Lord on October 23, 2020 at age 81. Catalina was born to Severino Javier and Gervacia Ramos on April 30, 1939 in San Juan Ilocos Sur (formerly Lapog), Philippines.

Catalina completed nursing school at University of Nueva Caceres in Manila, Philippines, where one of her most memorable moments was the Nurse Capping Ceremony, which signified initiation into the sisterhood of nursing. After graduating nursing school, she briefly worked in Manila and moved to the U.S. a short time later. Once in America, her adventures began as she lived and worked with friends in Chicago before settling in Allen Park, MI. Before she retired as a nurse in 2001, Catalina received the highest award, the Nursing Supervisor Certificate, which was awarded due to her dedication to her nursing career for over 40 years.

On February 4, 1996, Catalina proudly became a U.S. citizen so that she could vote. She was passionate about family, her grandchildren, great-grandchildren as well as gardening, cooking Filipino cuisine, sports, and politics.

Lina’s strength was evident as she battled end stage kidney disease for 12+ years. The first 10 years of the disease, she took on the relentless regimen of dialysis 3 days per week. She was committed to the burden and remained hopeful, resulting in a positive outlook on life. From that positivity, grew the courage to take on a new challenge to have a kidney transplant at 79 years young. Once again she did it in the most positive, graceful manner, giving her a new lease on life. She battled cancer with the same focus and strength. Remained positive, filled with gratitude throughout; the family supported her wishes to fight courageously. Her life journey was a testament to the legacy she leaves of strength, positivity, hope, gratitude and love.

Catalina was preceded in death by her parents, older brother, Pbablito Javier, and her daughter, Christie Javier Ramos.

The family will receive family & friends for Visitation at Gerst Funeral Home on Wednesday, October 28, 2020 from 4:00 pm to 7:00 pm. A celebration of life will be held at St. Robert’s of Newminster on Thursday, October 29, 2020 at 11:00 a.m. The family would like to extend our heartfelt gratitude for the care given by Faith Hospice. Memorial Contributions may be made to: Catholic Central High School, Grand Rapids – Annual Fund or Faith Hospice of West Michigan.