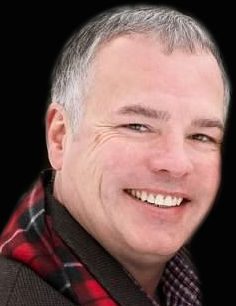 Daniel J. Yeomans, age 53, passed away unexpectedly at home Monday, August 30, 2021. He is survived by his wife, Jill Yeomans; children, Luke Daniel Yeomans, and Elise Ann Yeomans; parents, Bill Yeomans and Penny Nickel; siblings, William Yeomans, Bob Yeomans, Jim (Linda) Yeomans, Joe Yeomans and twin sister Lela Yeomans; nieces, Katrina and Kara Yeomans; and nephew, Jay Johnson (Emily). Daniel was born on the west side of Grand Rapids where he lived with his family and graduated from Union high school (Class of 1986).  Dan moved to New Orleans to attend Loyola University where he earned his undergraduate degree in Finance, working his way through school.  Dan fell in love with the city of New Orleans and the hospitality of the south.  He visited often to see his long-time friends, listen to music, and enjoy the food only found in the Big Easy.  Dan moved back to his hometown of Grand Rapids where he met and married his wife, Jill.  They have two wonderful children, Luke, and Elise, who were his biggest source of pride. Dan received his MBA from Western Michigan University and spent his entire storied career as a court-appointed receiver.  He handled many tough cases that built him into the businessman he was.  Dan was smart, exceedingly generous, hard-working, and had an amazing sense of humor. His favorite things to do included spending time with his family, traveling, working out, camping at music festivals around Michigan, driving his old Jeep Wrangler, meeting his friends for a cocktail, and taking Finn to the dog park.  He will be forever missed.

There will be a visitation and celebration of Dan’s life on Tuesday, September 7 from 4:00 – 7:00 p.m. held at the O’Brien-Eggebeen-Gerst Chapel, 3980 Cascade Rd. SE, Grand Rapids, MI 49546. We will have a time of sharing prayers and memories beginning at 6:30 for anyone who would like to say a few words in Dan’s honor.