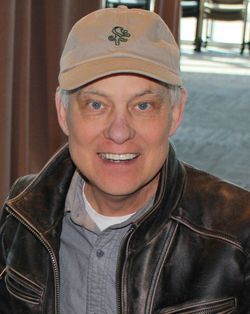 Despres, Gerard “Jerry” Guedry, age 68, while surrounded by family, went to be with his Lord on Monday, July 3, 2017. Born on August 26, 1948 in Grand Rapids, MI., Jerry graduated from Kentwood High School and Davenport University. He joined the U.S. Marine Corps., served in the Vietnam War and rose to the rank of E-6 Staff Sergeant.  He was the CEO of American Storage and Logistics, Inc., and formerly the CEO of Clark Associates MH, Inc., and the owner of Lite & Listen Sound Systems.  His philanthropic efforts began early as he rose to Commander and a lifetime member of VFW Post 8303, became the first director of Lowell Rescue, a paramedic for the Rockford/Lowell Ambulance, and a Reserve Police Officer for the City of Lowell.  Jerry earned a private Pilot’s license and a ship Captain’s license.  He enjoyed family, friends, adventures, boating, scuba diving, volleyball, motorcycles, hot rods, traveling, and helping people maximize their cube.  He inspired others to be fearless, courageous, and to achieve great things through having a positive mental attitude.  He will be dearly missed by his family and friends. Jerry was preceded in death by his son Paul Despres; sister Jan Despres and parents Gerard “Bus” and Virginia Despres. He is survived by his wife of 17 years, Marti (Marshall) Despres; son Gerard (Monica) Despres and son David (Gigi) Despres and their mother Alicia Despres; daughter Emily Stockwell, and exchange student family members Mai Yansomboon and Jana Brenisinova; seven grandchildren Zane, Arthur, Rizah, Brianna, Bryce, Vieira, and Hazel; sister Dee (Floyd) Tubergen and brother Randy Despres, and many nieces and nephews. Visitation will be held from 9:00AM-10:00AM Saturday, July 8, 2017 at St. Robert of Newminster Church, 6477 Ada Dr SE, Ada, MI. Mass of Christian Burial will be celebrated at 10AM with a 21-gun salute and luncheon immediately following. Father Leonard Sudlik will be presiding. In honor of Jerry, contributions may be made to the Make-A-Wish Foundation or to the Grand Rapids Home for Veterans. The family welcomes memories and messages in his guest book online at jerryguestbook.com