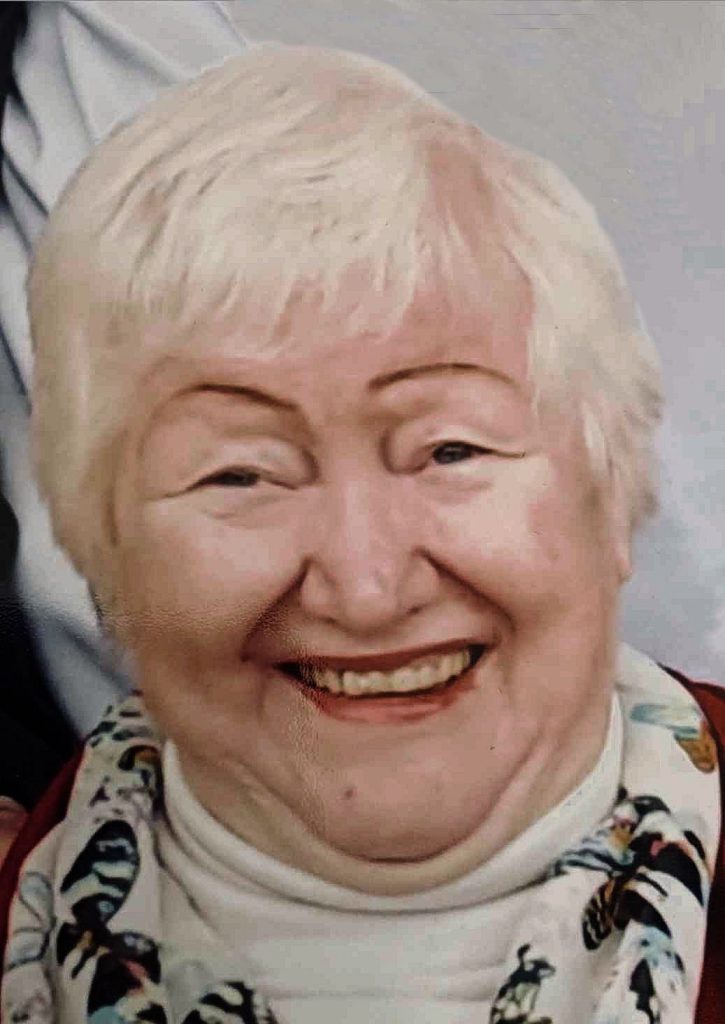 Jeanne graduated from Catholic Central High School.  She attended Aquinas College before earning her teaching degree from Western Michigan University. She left teaching after three years to stay  at home to raise her children. After they were grown, she worked for the Diocese of Grand Rapids for 25 years.

She had a very strong faith and enjoyed sharing it by working in the RCIA program and teaching religious education.  Her family was very important to her, and she loved having her grandchildren and great-grandchildren around her. Jeanne also loved butterflies because of the connection to the Resurrection.

The Memorial Mass will be celebrated at the Dominican Center main chapel 2025 Fulton St. E, Grand Rapids, MI 49503, at 11:00 a.m. on Friday, September 6. There will be a visitation one hour prior.

In lieu of flowers, please consider a donation to Dominican Sisters–Grand Rapids in memory of Jeanne Erhardt or to Grand Rapids  Right to Life.