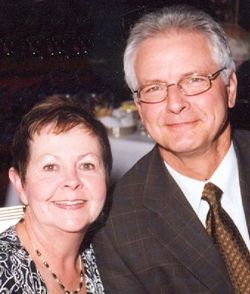 On October 7th, Juris (George) Didrichsons left us unexpectedly, with his family by his side, leaving only memories of the life we were blessed to share with him.
He was born in a dis-placed persons’ camp in Hersbruk, Germany on March 21st, 1948. He and his parents, Eduards and Marija Didrichsons, immigrated to the United States in 1949, so beginning the proud legacy of the Didrichsons family.
He attended Union High School in Grand Rapids and graduated from Grand Valley State University with a Bachelor of Sciences degree. He served proudly with honor and distinction for 31 years in his capacity as a Michigan Conservation Officer on Saginaw Bay and later as a Detective Sergeant for the Michigan Department of Environmental Quality.
Beneath the stern exterior was a man of great intelligence, integrity, and compassion. Principles unwavering, he was always true to himself, steadfast and self-less in his dedication to family and friends.
He enjoyed traveling and eating his way across the Northern Hemisphere with his wife, all things motorcycle, being on the water, and spending time with his family. As their ‘Bumpa” he particularly cherished spending time with his beloved grandchildren Rylee (his birthday buddy) and Chase.
We will always remember you as a dedicated son, loyal friend, loving Dad, dedicated brother, doting Bumpa, and the love of our lives.
His legacy lives on in his high school prom date, wife and sweetheart of 44 years Dorothy “Shorty”, beloved son and friend Eduards (Kimberly), cherished daughter Emilija Welsh, grandchildren Rylee and Chase, brother Peteris (Nancy) and their daughter Andrea (Nick) Smith and great-nephew Andrew, and sister Rita. In laws Charles (Carla) Lewis, Ken (deceased) and Patti Lewis, Michael (deceased) and Gayle Gardner, Rosalie (Ron) Wesorick, Patrick (Carol) Lewis, and Anne (Jacob) Spruit, and many nieces and nephews whom he loved dearly.
Visitation will be at the O’Brien-Eggebeen-Gerst Chapel, 3980 Cascade Rd. S.E., Grand Rapids, MI from 4-6 p.m. on Saturday October 11th, and from 11:00 am to the commencement of the funeral service at 12:00 pm on Sunday October 12th. Ilze Larsen of the Latvian Evangelical Lutheran Church officiating. According to his wishes, his remains will be scattered with those of his parents. The family asks in lieu of flowers that memorial donations be made to the National Audubon Society.
Messages of condolence may be sent via www.gerstfuneralhomes.com or http://mlive.com/obituaries