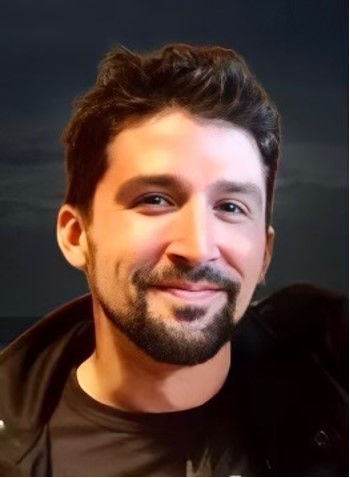 Kenny was a gifted artist and worked in graphic design.  He was an amazing writer, using words with eloquence to convey compassion, sensitivity, and humor.  Kenny easily made friends and left a lasting impression because of his excitement, enthusiasm, devotion, and love of life.  Inclusivity of everyone was very important to him and he was always completely and authentically himself, no matter what.

Kenny had a passion for reading, music, and movies, especially involving Marvel and DC comics, Star Wars, Teenage Mutant Ninja Turtles, and Pee Wee Herman, to name a few.  He loved children; and would gladly cut a phone call short when his neighbor knocked on his door to ask him to “come out and play”.  Kenny had a big heart and a special connection with animals and was devoted to those who surrounded him at home.

A service will be held on Saturday, July 30, 2022, at O’Brien Eggebeen Gerst Funeral Home located at 3980 Cascade Road, Grand Rapids, MI 49546. There will be a visitation from 12:00 to 2:00 followed by prayer and an opportunity to openly share stories and memories at 2:00.  Those attending are encouraged to wear orange, Kenny’s favorite color, as some part of their attire.  For those who wish, memorials may be made to The Diatribe ( thediatribe.org ) The Diatribe uses performing arts to empower young people to share their stories, raise awareness of social issues, and create change within their communities or to The Kent County Animal Shelter, 711 Ball Avenue NE Grand Rapids, MI 49503.