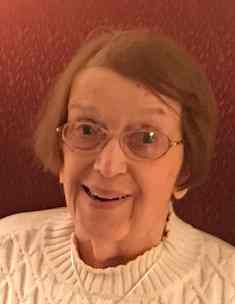 Marilyn Jeanne Failor, age 85, passed away on Wednesday, February 5, 2020. She was preceded in death by her parents and brother-in-law Harlan Failor. Marilyn is survived by her husband Carlton,  along with their children, John Failor (Kristen Salathiel), Mary (Jay) Kennard and Thomas (Virginia Tevere) Failor; six grandchildren, Grace Failor, Matthew Failor, Andrew Kennard, Christopher Kennard, Ethan Failor, and Jackson Failor;  sister Sharon (Carroll) Siefert;  brother Robert (Penny) Whalen; Carl’s sister Marilyn (Robert) Waehler; Carl’s sister-in-law Patricia Failor and many cousins, nieces, and nephews. Marilyn was born in Rock Island, Illinois on July 22, 1934, the daughter of G. Earle Whalen and Florence Schall Whalen. She married Carlton B. Failor on June 25, 1966 in Elm Grove, Wisconsin. Marilyn graduated from Marycrest College with a BA degree in Education and from the University of Iowa with a MA degree in Counseling. Prior to her marriage, she was an elementary school teacher in Chicago and Davenport and then a high school guidance counselor in the Elmbrook school system in Brookfield, Wisconsin.  During her over 50-year residence in the Grand Rapids area, Marilyn was committed to family, church and community. She was a lifetime member of the Mary Free Bed Guild and served on the Board of Trustees of the Mary Free Bed Hospital. She was a member of the MC Steketee Guild of Blodgett Hospital as well as a member of St. John’s Guild and St. John’s Board of Directors. When her three children became school age, she became active in the East Grand Rapids school system and served as President of the East Grand Rapids High School PTA. At church, she was active in the Pastoral Council, Bible study and the church’s prayer group.  Always a person interested in education, she attended classes at the Aquinas College Osher Lifelong Learning Institute and Grand Valley University Grand Forum, and was a board member of the East Grand Rapids library. Her family will always remember her love and dedication to her husband, children and grandchildren. Visitation will be held on Friday, February 14 from 2-4 pm and 6-8 pm at the O’Brien-Eggebeen-Gerst Chapel, 3980 Cascade Road SE, Grand Rapids. A Mass of Christian Burial will be celebrated on Saturday, February 15 at 10:30 AM at St. Stephen’s Church, 723 Rosewood Ave SE, East Grand Rapids. The family would like to extend special thanks to the Green House and Emmanuel Hospice. Memorial Contributions can be made in Marilyn’s name to St. John’s Home, 805 Leonard Ave NW, Grand Rapids, MI 49504, Mary Free Bed, 235 Wealthy St SE, Grand Rapids, MI 49503 or Porter Hills, 3600 Fulton Ave, Grand Rapids, MI 49546.