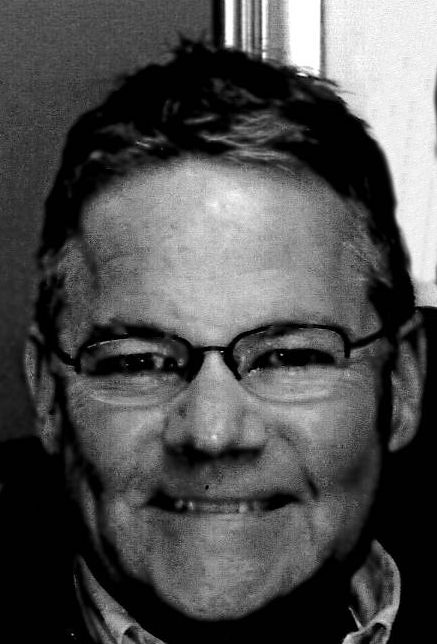 Michael James Hogan, age 64 of Grand Rapids, passed away Thursday, March 5, 2020 after a long battle with cancer. He is now rejoicing pain free in his new life alongside Jesus. He is survived by his two sons, James Ostrander Hogan and Sean Michael Hogan along with their mother, Judy Lorraine Ostrander. Also surviving is his sister, Nancy Louise (Donn) Passage, his brother, William Brian Hogan and nieces, Katelyn Hogan and Jena (Joel) Vandeveert. Michael was preceded in death by his parents, Arthur James Jr. and Marjorie (Ogren) Hogan. He was a graduate of Grand Rapids Catholic Central High School and Western Michigan University where he received degrees in Automotive Engineering and Mechanical Engineering. Michael spent most of his career working for the Knape & Vogt Manufacturing Company before retiring in 2016. He was a thirty plus year member of St. Robert of Newminster Catholic Church in Ada, MI, where he enjoyed singing in the adult choir and being active in the Haiti Twin Parrish, God’s Kitchen and Senior Picnic programs. Michael enjoyed the outdoors with his biggest love being walking the shores of the Great Lakes. His friends knew where his heart was and it didn’t really matter where exactly, be it backpacking to his favorite dune camping sites, family vacations at the Platte Lake cottage near Sleeping Bear, Fourth of July weeks with his St. Helena Island Lighthouse volunteer friends or strolling through beach towns on the weekends. He loved to share his special places with anyone willing to entertain them. In addition to hiking, camping and travel, Michael enjoyed woodworking and art. He wishes to thank his neighbor, Lloyd and Pat Wheeler, for their tireless accompaniment on many treatment trips to Lemmon Holten. Michael would also like to thank his doctors, Todd Stevens and Alan Campbell along with a very special nurse, Anna Flickema as well as Hospice of Michigan. He is grateful to all who made this rough road less bumpy. The ineffable quality that best describes Michael is “resilience”. Although knocked down by a few large waves in life, he was able to pick himself up, change course and come back stronger. His Faith is what set him apart and kept him holding on to the Lord’s promises. Visitation will be Tuesday, March 10, from 4-7 pm at the O’Brien-Eggebeen-Gerst Chapel, 3890 Cascade Rd, SE, Grand Rapids with Rosary at 7 pm. Mass of Christian Burial will be celebrated Wednesday, March 11, at 11:00 am at St. Robert of Newminster Catholic Church 6477 Ada Dr. SE, Rev. Leonard Sudlik, presiding. In lieu of flowers, memorial contributions may be made in Michael’s name to Hospice of Michigan Donation Processing Center, 989 Spaulding Ave. SE, Ada, MI 49301 or Great Lakes Lighthouse Keepers Association-St. Helena Lighthouse, 707 N. Huron Ave., PO Box 219, Mackinaw City, MI 49701.