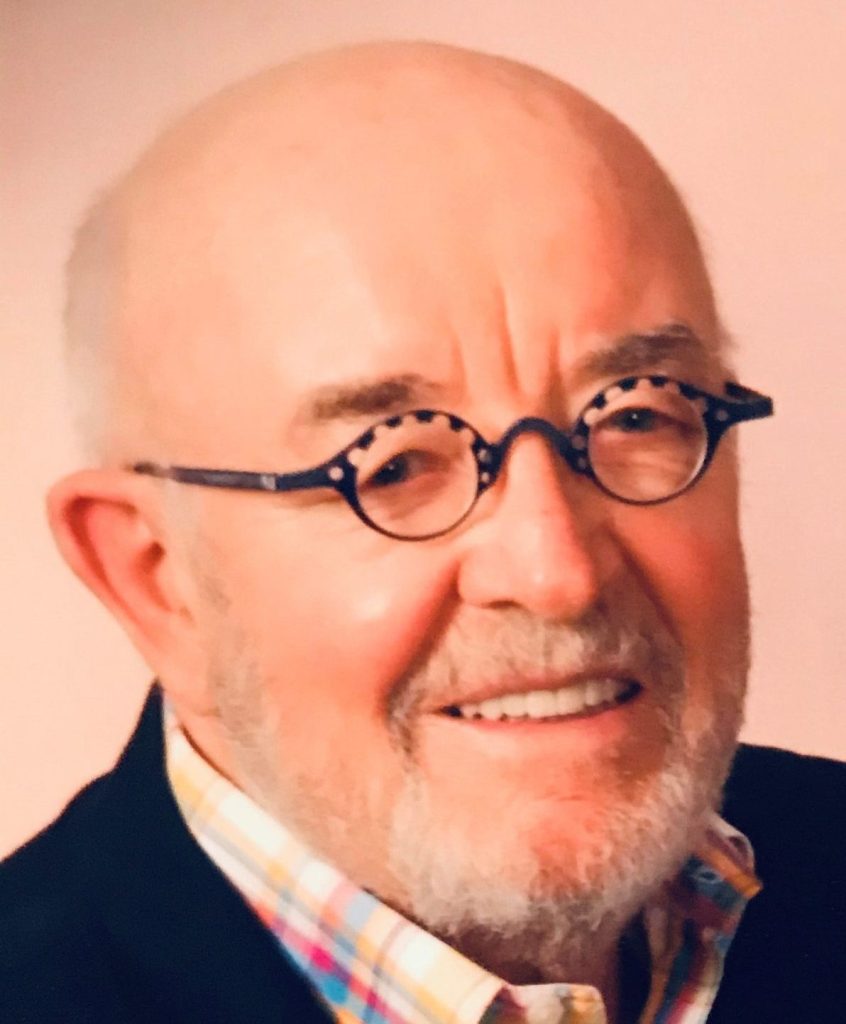 Remit payment to the following address:

Robert “Bob” Woodrick passed away quietly and quickly at his home on Friday morning, October 2.  He was 88 years old.  By his side was his beloved wife, Aleicia who was his rock for the past 63 years.  Bob was preceded in death by his son Rob, whom he loved immensely, his parents Roy and Florence Woodrick, brother Dick Woodrick and sister Peggy Hoefler.  At 88, he also was preceded by other family members and many friends and business acquaintances who were there to greet him at the gates of heaven.  God is good and we are grateful to have had his magnetic, kind persona with us for so many years.

Bob was Chairman of D&W Food Centers, located in Grand Rapids Michigan, until the sale of the company in 2006.  At that time, D&W operated 26 retail units, production and warehouse facilities, and employed approximately 3700 associates.  Bob began his career with D&W as a youth working for the company founder, his father Roy Woodrick and except for college and the military service, had served his entire career with D&W.

Throughout his career he served on the following Boards:

Bob has been honored to receive several awards recognizing his community service.  Below are a sampling of these awards:

Bob proudly accepted the Doctor of Humanities, honoris causa, in 1996 from Aquinas College, where they cited his work, “more than an inspiration, it is a blueprint for others to follow . . .”

As a family, we are all proud of what our husband, dad, grandfather accomplished.  What we are most proud of is the way he lived his life.  It was a rich life of passion for “people” – the goodness of all people – and the legacy he leaves his family with, as well as the greater Grand Rapids community.  So many were touched and blessed by his presence as a family member, as a friend, a business associate, or mentor.  He was a champion of “people”.  A champion of racial and social justice.  A man that was asking questions we are asking today, back in the 1960’s about the injustice our systems perpetrate towards people of color.  Particularly, our black brothers and sisters.  He was a man that “walked the talk” and worked hard to bring unity, harmony and understanding about the importance of diversity.  He was saddened in his final year by the increasing turmoil and divisiveness he was seeing in the United States between black and white.  His greatest wish before death would have been more racial reconciliation and repentance.  It is these beliefs and legacy he leaves his family with that have shaped to some extent, all our moral compasses.  As a family, we have been richly blessed by this man.  By the library he leaves us with his massive book collection, we all have much reading and learning to do to continue the fight for racial and social justice.  The work continues . . .

He will be missed and remembered fondly by his loving wife of 63 years, Aleicia Woodrick (Bing), surviving daughter and grandchildren.  Georgia Gietzen and her husband who was like a son to him, Jeff Gietzen of Glen Arbor.  Their children, Erik Gietzen of Los Angeles and Gillian Gietzen of Traverse City.  Rob’s wife, Vonnie Woodrick of Rockford and their children, Chase Woodrick of Grand Rapids, Whitney Rottiers (Woodrick) and her husband Brandon of Ada, and Madison Woodrick of Rockford.  Also, nieces, nephews and host of true friends (you know who you are because it was all of you).

Bob’s life work was dedicated to racial harmony and social justice.  If you would like to honor his memory and most coveted wish, we know he would appreciate your contribution to the GRCC Foundation in lieu of flowers, through the Woodrick Endowment that helps fund the work of The Office of Diversity, Equity, and Inclusion.

Please contribute a check made payable to the GRCC Foundation,

Remit payment to the following address:

Due to COVID the family has decided to honor Bob’s life at a later date, when we can gather safely to celebrate.  Details will be released in the future.

FOOTNOTE:  While sorting through my dad’s things in his desk, I stumbled upon a Stenographer’s Notebook he had kept dating back to the 60’s.  I leave you with this gift from my dad:

“In my late twenties I came to the realization, that life is more than just existing, more than just starting and ending a day, more than just breathing.  There is something in life that should always be before us, and that is the search for truth.”  –Bob Woodrick, 12/25/1960