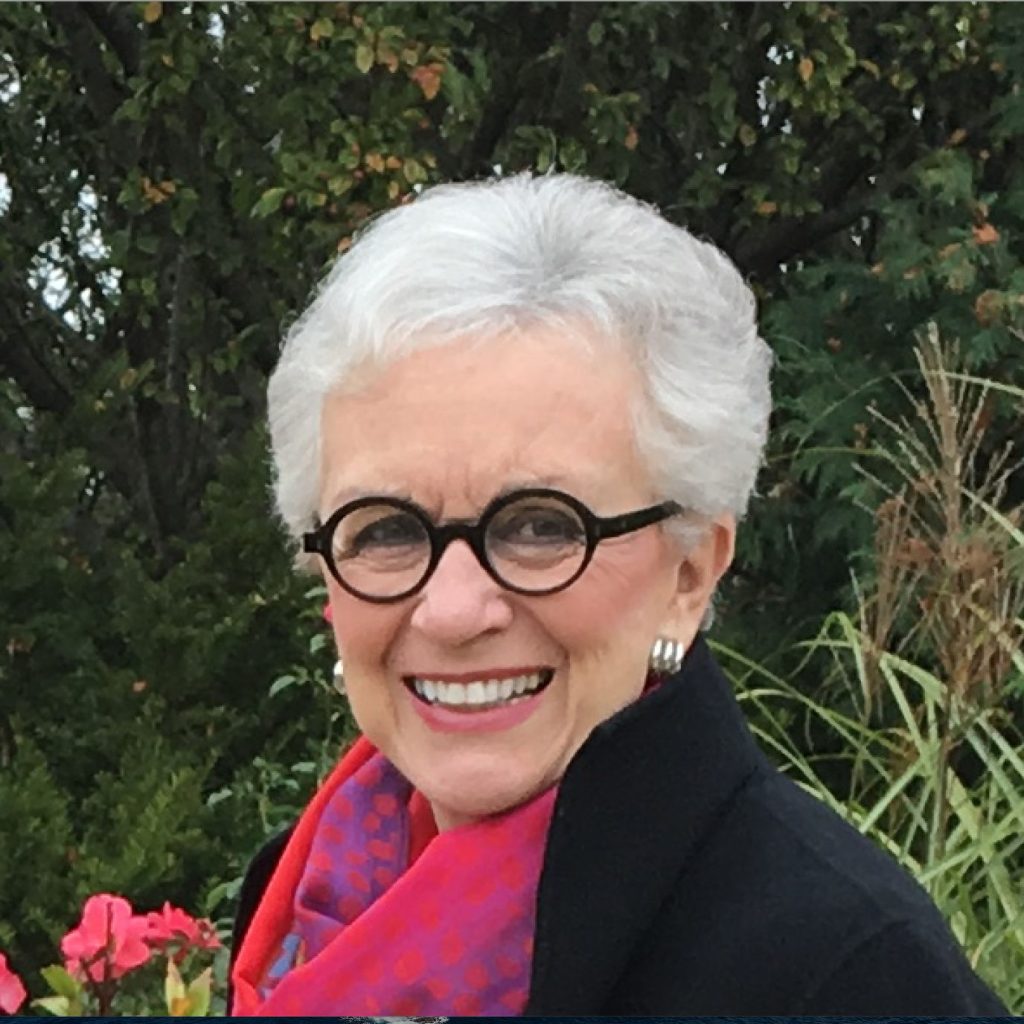 On March 31, 2021, Shirley Boundy died peacefully in Grand Rapids, and was awarded her wings.  Shirley was born March 15, 1937 in Detroit to Katherine and James P. Hickey, the first of three children. After receiving her primary education in Westland, she attended Olivet College and graduated from Eastern Michigan University in 1955 with a bachelor’s degree in education.

Shirley began her teaching career in Wayne County, Michigan, teaching third and fourth graders, before she and her first husband moved to Grand Rapids in 1965.  In 1973 the family, including their three sons, moved to Mount Pleasant, MI, returning to Grand Rapids in 1976. She re-entered the workforce by volunteering as a publicist for Opera Grand Rapids, soon becoming the paid director of the education program. This led the new Marriott Hotel in Grand Rapids to hire her as the head of public relations.

It was here where Shirley’s creativity, networking and leadership skills began to shine.  She led several high-profile events at the hotel, including the annual Freedom Run 10K race on July 4, and a much-loved balloon event featuring the mass launching of as many as 20 hot air balloons from the hotel grounds every Labor Day weekend.

But Shirley’s signature accomplishment of this era was an ambitious county-wide emergency planning effort, with the hotel serving as the site of a live, mock mass-casualty disaster, involving more than a dozen separate emergency and first responder organizations, including state, county, and city police departments, county fire and rescue, ambulance services, hospital trauma units and medevac helicopters, as well as the Red Cross and even the Salvation Army canteen trucks perfected their role in a mass casualty event.

Years in the making, the event received national media attention and earned Shirley the highest award given by Marriott for impacting the community.  But most important to Shirley, serious barriers to effective communications between local, county and state organizations were uncovered, and steps taken to remedy them.

During her seven years at Westinghouse Furniture Systems in Grand Rapids, Shirley received numerous marketing and community service awards for her work in marketing communications and public relations.

Shirley then launched her own public relations and marketing firm, Hubers & Associates, where she became an even larger force in the community.  She brought visibility to many arts & cultural organizations of West Michigan, as well as office furniture manufacturers and educational institutions. Some of her clients included Kendall College of Art and Design, Teknion, Landscape Forms, Ferris State University, Aquinas College, the World Affairs Council and the Frey Foundation.

Shirley’s flair for event planning with a critical eye for detail became legendary, beginning with developing the format for the Grand Rapids Symphony Orchestra’s annual Bravo Awards. For more than ten years, she organized trips for over 100 Kendall art students to attend Neocon in Chicago, the largest office furniture systems tradeshow. She also directed the production of many black-tie galas.

In addition, Shirley served on the boards of Gilda’s Club Grand Rapids, The University Club of Grand Rapids, Project Rehab and Friends of the Opera. She had been a member of First Congregational Church in Grand Rapids and the Public Relations Society of America.

But above all, Shirley’s legacy will always include her gift for mentoring others – both young and seasoned professionals, and she’ll be fondly remembered for the passion she had for connecting people.  If you saw Shirley at an event, you’d likely be greeted with her signature phrase, “Hey!  I have someone you need to meet!”

She was the consummate community contributor, and always a teacher. Her stature, her smile, her confidence, and even her silver hair gave her a presence that made her both approachable and credible.

In lieu of flowers, donations would be welcomed by the Spondylitis Association of America, website https://spondylitis.org.